Hot off the Presses: Begoña Echeverria 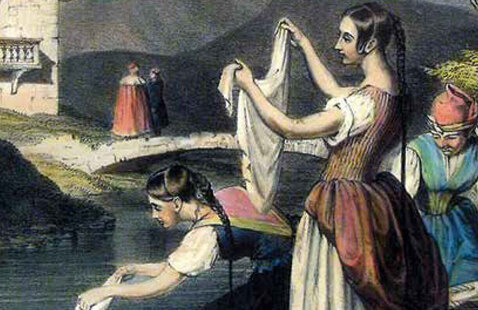 “Intellectual breadth and depth as well as soul shines through this book. Echeverria critically researches the ideologies surrounding the loss of the pronoun noka, examining its use in a range of genres -- biblical texts, folktales and folksong. In her analysis of folktales she takes us inside the world of Basque culture so that we hear the voices of women as wives, sisters, friends, daughters, and tricksters. Her journey into understanding gender and culture in Basque society comes fully alive in the analysis of folk songs, treating us to some of her own original compositions. The book is unique in bridging sociolinguistics, language ideology, gender studies, and the lived personal history and experience of being Basque.”

Begoña Echeverria is the daughter of Basque immigrants to southern California. A native Basque speaker with a PhD in sociology, she is a Professor at UC Riverside’s Graduate School of Education.  Her research on Basque language, culture and identity has been published in academic journals in education, sociolinguistics, anthropology, history and folklore.  She is also a singer-songwriter with the Basque-American trio, NOKA (www.ilovenoka.com), which has performed over 60 concerts domestically and internationally. Her historical novel, The Hammer of Witches, loosely based on the 1610 burnings of Basque “witches” from the Baztan Valley in northern Spain from which her family hails, was the Historical Novel Society’s Editor’s Choice for May, 2015. Other creative works include her docudrama Picasso Presents Gernika, which  considers the fate of Basque refugees after the bombing of Gernika in 1937, as well as the artistic journey of Picasso’s anti-war masterpiece, Guernica. (A film screening of the play will be streamed on April 24, 7pm).

Margaret Nash is a professor emeritus of the Graduate School of Education at the University of California, Riverside. Her research focuses on the history of education in the United States. She is interested in the social contexts for and meanings of education, the question of who gets educated and why, and the relationships between education and citizenship, and between education and identity.

Hot off the Presses

Wonderful presentation. Dr. Echeverria had great examples that really made the topic come alive. Her work on the Basque language is fascinating. Something I knew little about prior to this seminar. I liked how she gave such interesting examples (i.e, the note on the formal vs. informal use of language in marriage documents and letters). Her singing was also great fun to hear - bringing in a folktale story embedded into the song.