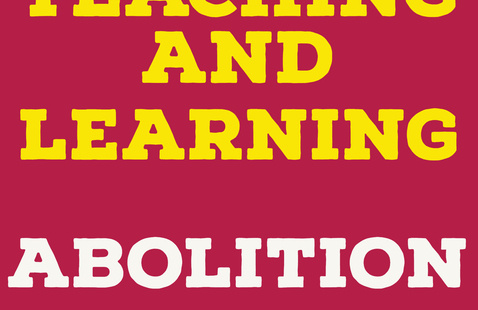 Melissa Burch is Assistant Professor of anthropology at the University of Michigan and a longtime member and former staffer of Critical Resistance. Her research and community work focuses on the experiences of people with criminal records in the United States. She is currently writing her first book on the discriminatory use of criminal records in the job market.

Writer, educator and organizer, Erica R. Meiners’ current books include a co-edited anthology The Long Term: Resisting Life Sentences, Working Towards Freedom (Haymarket Press 2018) and the co-authored Feminist and the Sex Offender: Confronting Sexual Harm, Ending State Violence (Verso 2020). At Northeastern Illinois University, Erica is a member of her labor union, University Professionals of Illinois, and she teaches classes in education, gender and sexuality studies, and justice studies. Most importantly, Erica has collaboratively started and works alongside others a range of ongoing mobilizations for liberation, particularly movements that involve access to free public education for all, including people during and after incarceration, and other queer abolitionist struggles.

Dylan Rodríguez is an abolitionist teacher, scholar, and collaborator. He was an inaugural Freedom Scholar awardee in 2020 and was elected by his peers to serve as the 2020-2021 President of the American Studies Association. He has worked as a Professor at the University of California, Riverside since 2001 and became Co-Director of the Center for Ideas and Society in 2021. He served two elected terms as Chair of the UCR Division of the Academic Senate (2016-2020) and chaired the Department of Ethnic Studies between 2009-2016. Dylan is the author of three books, most recently White Reconstruction: Domestic Warfare and the Logic of Racial Genocide (Fordham University Press, 2021).

Priya Kandaswamy is a scholar and educator who works at the intersections of Ethnic Studies, Feminist Studies, and Queer Studies. She is the author of Domestic Contradictions: Race and Gendered Citizenship from Reconstruction to Welfare (Duke University Press, 2021), and her scholarship has appeared in American Quarterly, Sexualities, Radical Teacher, and numerous other journals and anthologies. Priya is currently the Academic Program Director at Mt. Tamalpais College, a community college program that serves incarcerated students at San Quentin state prison.

Shana Agid is an artist/designer, teacher, and activist whose work focuses on relationships of power and difference in visual, social, and political cultures. She is an Associate Professor of Arts, Media, and Communication at Parsons School of Design and a co-developer of Working with People (working-with-people.org), a keyword-based curriculum and website for developing critical pedagogical frameworks for collaborative practices. His design work focuses on exploring possibilities for making self-determined services and campaigns through teaching and design research. She is also a book artist and letterpress printer, and a long-time member of Critical Resistance.

Setsu Shigematsu is an Associate Professor of Media and Cultural Studies. Xe is the Director of Re-Visions of Abolition: From Critical Resistance to a New Way of Life (2011/ 2021) and is co-producing a new documentary #Abolish ICE: Abolish Adelanto and All Border-Prisons. Xe authors eco-feminist childrens books, co-creates political art, and a co-founder of the Decolonial Feminist Art and Research Collective. Setsu is also the author of Scream from the Shadows: The Women’s Liberation Movement in Japan.

Sponsored by the Decolonizing Humanism(?) Initiative at the Center for Ideas and Society.