Casting in Color symposium: Race on stage and screen 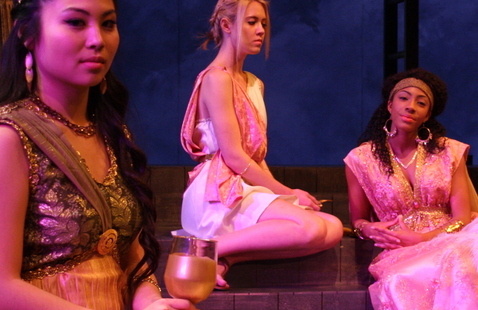 UNIVERSITY OF CALIFORNIA, RIVERSIDE
Department of Theatre, Film and Digital Production,
Department of English, and Center for Ideas and Society

Popular discourses such as #OscarsSoWhite and burgeoning scholarship on American actors of color have highlighted racial disparities in casting, but rarely do these discussions meet in spaces accessible to students. A symposium at UCR, “Casting in Color: Race on Stage and Screen” brings together scholars, professional artists, and students to talk about the dilemmas, theories, and strategies for casting people of color across theatre, film, and television. Casting is both an artistic issue and a labor issue. African Americans, Asian Americans, Latinx/o/as, Native Americans, and mixed-race people are dramatically underrepresented on stage and screen, and they often play secondary characters. Although multiracial casts in traditionally white plays create new opportunities and perspectives, they also paradoxically promote the idea that race no longer matters. “Casting in Color” provokes an exciting, educational conversation on how racial politics shape casting and how audiences subsequently interpret casting, all of which has a profound impact on the materiality of race and racial hierarchy.

SCHEDULE
Sessions will be livestreamed.
The livestream will be published on UCR CHASS YouTube Channel

9:00am  (INTS 1111)
Registration with coffee and light breakfast