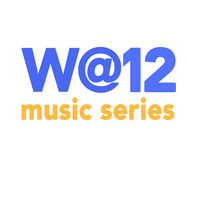 In his book, “Post-war Jamaican Music - from New Orleans Jazz/Blues to Jamaican Reggae” , Malcolm chronicles the journey and development of Jamaican ‘urbanized’ music, from its inception during the Post (WWII) War years to the present worldwide popularity of Jamaican Reggae and Dancehall music in over 100 countries.

Please register in advance for this event: https://ucr.zoom.us/meeting/register/tJIodumopjwuHNAl2SsFnsn4JaC7Rdp8k8r6
After registering, you will receive a confirmation email containing information about joining the meeting.

Carlos Malcolm was among the original cadre of creative writers, producers and musicians selected by the Jamaica Broadcasting Corporation (JBC) to create Jamaican oriented programs for the Jamaican public-at-large. He was Head Arranger and a producer/director in the Variety Department of the JBC. He assisted in the creation and (musical) scoring of the Jamaican Hit Parade and in the development of Jamaican Ska music, the precursor of internationally popular Reggae music. Ska music spawned and influenced the careers of such Jamaican artists as Jimmy Cliff and Bob Marley. While at JBC, Malcolm was commissioned by Eon Productions to create tropical background music for the first movie of the James Bond series, “Dr. No”, which was filmed in Jamaica. Malcolm holds a BA degree in Music and English, from the Union Institute and University, Cincinatti, Ohio.  He also carries a lifetime appointment as an Artist in Residence conferred by the California Arts Council on outstanding actors/dancers/musicians who mentor young aspirants in the arts. Malcolm taught his original Alternate Education program “Bak2bay6-with a Musical Twist” in middle schools, as well as the Juvenile Court schools in San Diego. The program is designed to teach young students - via original songs and 'rap' music beats - the Eight Parts of Speech and the function of each, the Multiplication Tables (2 - 12) plus other Math tables, Reading Musical Symbols,  and the Elements of Critical Thinking.

• In 1995 Malcolm was inducted into the Hall of Fame of the  Ocho Rios Jazz Music Festival in Jamaica.
• In 2000, the Prime Minister of Jamaica, The Most Homourable P. J. Patterson presented Malcolm with the Prime Minister’s Gala Award for a lifetime of excellence in his contributions to the genesis  and  development of Jamaican music.
• In 2006 Malcolm was invited to Victoria University, Melbourne, Australia to deliver a lecture demonstration on his Alternate Education program to a group of academicians. While in Australia, he also delivered a lecture-demonstration on The Evolution of Reggae Music, using the 27-piece Melbourne Ska Orchestra to demonstrate the phases and development of Jamaican urban music. In 2017 the Government of Jamaica  bestowed upom Carlos Malcolm the Order of Distinction.  Within the same year, the Jamaica Recording Industry Association presented Carlos Malcolm and his orchestra, Carlos Malcolm and his Afro-Jamaican Rhythms with their trophy for excellence.