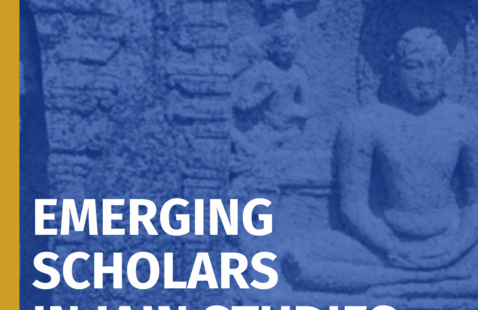 Throughout history, Jains have moved within and outside of South Asia for a variety of reasons. The Jain diaspora in its current form was shaped by specialist international trade networks and changing national migration laws and was profoundly influenced by the opportunities and exigencies caused by the rise and fall of the British Empire. This talk discusses a unique instance of collective migration within this context, namely the movement of Jains from Gujarat to the East African colonies in the first half of the 20th century, and subsequently to the UK (and to a lesser extent to North America) in the second half of the 20th century. After briefly addressing the history of Jains and Jainism in East Africa and the difficulties encountered in studying this history, this talk looks at the ways in which members of this twice-migrant community remember and reconstruct their history. It presents a selection of memorial projects (films, social media groups, exhibitions) and individual narratives (biographies, family histories, interviews) of East African Jains in the UK, inviting an analysis of what is remembered, but also how and why it is remembered the way it is.

Tine Vekemans holds a Ph.D. in Indian Languages and Cultures from Ghent University in Belgium. Over the past decade, her research touched upon diverse aspects of Jainism related to migration and digital media. Her current research project seeks to examine the continued importance of East Africa in the lives and minds of twice migrants and their descendants, placing the study of Jainism and Jain religious praxis in dialogue with themes such as migration, memory, and identity. Tine is currently a post-doctoral researcher on a grant by Research Foundation – Flanders (FWO) and was recently appointed Acharya Mahapragya Professor of Jain Studies at Ghent University.