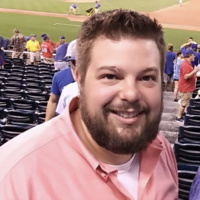 How regulatory networks incorporate additional components, and how novel genes are functionally integrated into well established developmental processes, are two important and intertwined questions whose answers have major implications for understanding the evolution of development. We recently discovered a set of lineage restricted genes with strong and specific expression patterns along the dorsal-ventral (DV) axis of the embryo of the wasp Nasonia that may serve as a powerful system for addressing these questions. We sought to both understand the evolutionary history of these genes, and to determine their functions in the Nasonia DV patterning system.

We have found that the novel DV genes are part of a large family of rapidly duplicating and diverging ankyrin domain encoding genes that originated most likely by horizontal transfer from a prokaryote in a common ancestor of the wasp superfamilly Chalcidoidea. We tested the function of those ankyrin encoding genes expressed along the DV axis and found that they participate in early embryonic DV patterning. We also developed a new wasp model system (Melittobia) and found that some functional integration of ankyrin genes have been preserved for over 90 million years.

Our results indicate that regulatory networks can incorporate novel genes that then become necessary for stable and repeatable outputs. Even a modest role in developmental networks may be enough to allow novel or duplicate genes to be maintained in the genome and become fully integrated network components.