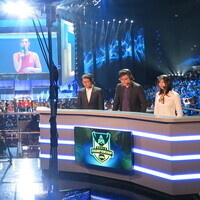 You think you have what it takes to become a League of Legends Champion. Sign up for our League of League Tournament where players will go head to head in a 1V1 battle of the fittest to face off and destroy each other's base. Come show off your skills and see who has what it takes to make epic plays, secure kills, and takedown towers as you battle your way to victory in this first-ever Intramural Sports double-elimination tournament.