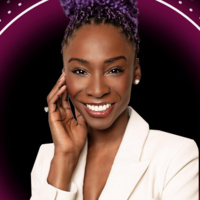 Angelica Ross is a CEO, actor, and transgender rights activitst. Her story of struggle is a source of inspiration to many fans. In her youth she was rejected by her mother for coming out and briefly joined the Navy before she was kicked out due to her identifying as gay. After teaching herself computer programming she went on to found TransTech, an organization dedicated to emplying transgender indivduals in the tech industry. She began her acting career in 2016 starring in Her Role (emmy nominated) and making a guest appearance on Transparent. Her breakthrough roles on Pose and American Horror Story: 1984 are what she is most recognized for. They also helped her make history as the first transgender person to be a series regular in two shows. Ross went on to become a key speaker at the 2015 White House LGBTQ Tech Summit and hosted the 2020 Presidential Candidate Forum on LGBTQ Issues.