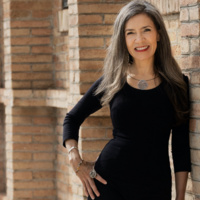 Have you ever wondered why the academic music curriculum focuses mainly on Central European music? Why most of the works written by composers of the Americas are not part of the canon? Do you know Latin American art song? In this session, we will try to answer these questions and, at the same time, discover the role of Latin American songs in the construction of the national identity of various Latin American countries.

Patricia Caicedo is a soprano and musicologist whose scholarship and performances center around Latin American and Iberian art song. She has released eleven albums and published numerous scholarly editions of scores and books, including The Latin American Art Song: Sounds of the Imagined Nations, the go-to history on its subject.

She is also an avid performer of these works, having performed all over the world in addition to founding and directing the Barcelona Festival of Song, which focuses on the performance and study of Latin American and Iberian art songs in Spanish, Catalan, and Portuguese.

She is the host of the podcast, Latin American and Iberian Art Song, in which she interviews composers and leading experts from across the world.

Patricia holds a Ph.D. in musicology from the Universidad Complutense de Madrid and a Medical Doctor’s degree from the Escuela Colombiana de Medicina.