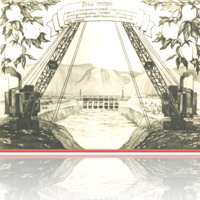 The drying up of the Aral Sea – a major environmental catastrophe of the late twentieth century – is deeply rooted in the dreams of the irrigation age of the late nineteenth and early twentieth centuries, a time when engineers, scientists, politicians, and entrepreneurs around the world united in the belief that universal scientific knowledge, together with modern technologies, could be used to transform large areas of the planet from “wasteland” into productive agricultural land. Though ostensibly about bringing modernity, progress, and prosperity to the deserts, the transformation of Central Asia’s landscapes through tsarist- and Soviet-era hydraulic projects bore the hallmarks of a colonial experiment. Examining how both regimes used irrigation-age fantasies of bringing the deserts to life as a means of claiming legitimacy in Central Asia, Maya Peterson brings a fresh perspective to the history of Russia’s conquest and rule of Central Asia.