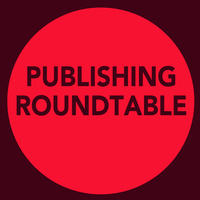 Publishing Roundtable: Writers, Agents, and Editors Talk About How to Get Your Work into the World.

Publishing Roundtable:
Writers, Agents, and Editors Talk About How to Get Your Work into the World.
Hosted by Susan Straight, Distinguished Professor of Creative Writing.

Sarah Bowlin joined Aevitas in early 2017 after a decade as an editor of literary fiction and nonfiction at Riverhead Books and Henry Holt & Company. As an editor, she worked with prize-winning and acclaimed writers Sheila Heti, Helen Phillips, Salvatore Scibona, Julie Buntin, Rachel Khong, and Juan Gabriel Vásquez, among many others. As an agent, she represents debut and established voices alike including Vanessa Veselka, Elisa Albert, Kevin Nguyen, Aysegul Savas, Souvankham Thammavongsa, Kseniya Melnik, Shane Jones, Hope Wabuke, and Lynn Steger Strong. She is focused on bold voices in fiction and nonfiction and is especially interested in stories of strong or difficult women and unexpected narratives of place, of identity, and of the shifting ways we see ourselves and each other.
aevitascreative.com

Alex Espinoza is the author of two novels, Still Water Saints and The Five Acts of Diego León, both by Random House. His next book, Cruising: An Intimate History of a Radical Pastime, will be published this June, 2019 by Unnamed Press. His work has appeared in the New York Times, the Los Angeles Times, the Virginia Quarterly Review, and on NPR’s All Things Considered. The recipient of an NEA Fellowship in fiction, Alex lives in Los Angeles with his partner, Kyle.

Olivia Taylor Smith is the Co-Founder and Executive Editor of Unnamed Press, an independent publisher of literature from the US and around the world based in Los Angeles.
www.unnamedpress.com |  @unnamedpress  | www.facebook.com/theunnamedpress