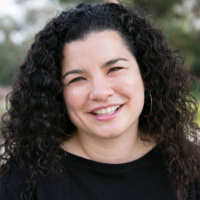 “Certain authors have such mastery over the short story form,” says The Washington Post, “that you never forget the first time you read their work. Lorrie Moore, for example. Jim Shepard. Deborah Eisenberg. Add to that impressive list Sarah Shun-lien Bynum with her new collection, Likes, as evidence. Likes is a short-story collection you should read slowly, but it’s so good, each story at such a high-wire level, that you’ll wind up tearing through it and wishing for more.”

SARAH SHUN-LIEN BYNUM is the author of two novels—Ms. Hempel Chronicles, a finalist for the PEN/Faulkner Award, and Madeleine Is Sleeping, a finalist for the National Book Award and winner of the Janet Heidinger Kafka Prize—and a story collection, Likes. Her fiction has appeared in many magazines and anthologies, including The New Yorker, Ploughshares, Tin House, and The Best American Short Stories. The recipient of an O. Henry Award, a Whiting Award, and an NEA Fellowship, she was named one of “20 Under 40” fiction writers by The New Yorker. She lives in Los Angeles.