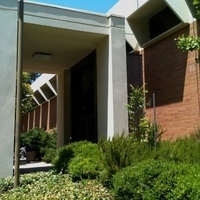 Universal Biology, the Genetic Code and the First Billion Years of Life on Earth

This colloquium concerns two ideas.  First, that there are universal laws of life, which can be deduced by abstracting what we know about life on Earth.  Second, universal dynamical signatures of early life, preceding even the last universal universal common ancestor of all life on Earth, are present in the structure of the modern day canonical genetic code--the map between DNA sequence and amino acids that form proteins.  The code is not random, as often assumed, but instead is now known to have certain error minimisation properties.  How could such a code evolve, when it would seem that mutations to the code itself would cause the wrong proteins to be translated, thus killing the organism?  Using digital life simulations, I show how a unique and optimal genetic code can emerge over evolutionary time, but only if early life was dominated by collective effects, very different from the present era where individuals and species are well-defined concepts.  I will also discuss a second universal signature of life: the complete breaking of chiral symmetry in biological amino acids and sugars, and explain how such transitions can arise in principle as a result of the non-equilibrium dynamics of early-life autocatalytic replicators.