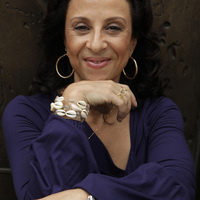 UCR’S 50th Hays Press-Enterprise Lecture welcomes Maria Hinojosa, an award-winning news anchor and reporter who has worked at outlets such as CNN, PBS CBS and WNBC during her 30-year career. She is the anchor and executive producer of the Peadbody Award-winning NPR show “Latino USA” and “America By The Numbers with Maria Hinojosa.” Hinojosa was the first Latina to anchor a PBS “Frontline” report. Her accolades include four Emmys; the 2012 John Chancellor Award for Excellence in Journalism; the Robert F. Kennedy Award for Reporting on the Disadvantaged; the Studs Terkel Community Media Award; and the Edward R. Murrow Award from the Overseas Press Club for best documentary for her groundbreaking “Child Brides: Stolen Lives.”

The Hays Press-Enterprise Lecture Series was established in 1966 by the late Howard H(Tim) Hays, then-editor of The Press-Enterprise, in cooperation with UC Riverside. The intent of the lecture series is to bring to Riverside notable journalists to address important topics.