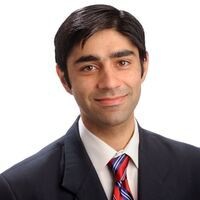 "The Dangers of Nuclear War: Challenges for U.S. Diplomacy"

UCR and The World Affairs Council of Inland Southern California is hosting “The Dangers of Nuclear War: Challenges for U.S. Diplomacy,” featuring a discussion with Moeed Yusuf, from the US Institute for Peace.

The discussion portion of this event is free for UCR students who pre-register (pre-registration deadline = September 26).  https://wacinlandsocal.org/event-3031666

In recent years, the world has witnessed multiple crises in regions where nuclear weapons are present: the Korean peninsula saw heightened tensions throughout 2017; China and India were involved in a major border crisis; violence between India and Pakistan on the Line of Control in Kashmir has been the highest in 15 years and the U.S. and its partners in the Middle East now face a highly uncertain future vis-à-vis Iran.

The U.S. and other strong powers of the world have an innate interest in preventing nuclear war around the world. Yet, as great power competition resurges and U.S. interests in Asia pit it against actors like Iran, Pakistan, and increasingly China, the U.S. role in crises in nuclearized regions may become more complicated.

What implications could this have for the probability of conflict and for U.S. influence as other strong powers compete more aggressively with Washington in these theaters, including possibly using crises as opportunities to overshadow the traditional U.S. role as crisis manager?

Does this dynamic increase the risk of nuclear war?

Moeed Yusuf draws on his experience and research to look at the opportunities, challenges, and risks of crises in regional nuclear contexts and suggests policy options for U.S. diplomacy and treaty making.