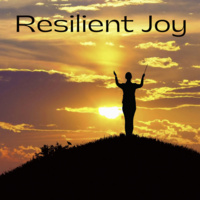 March 10, 2021
Wednesday, 6:00 P.M. Pacific Time (US and Canada)
Zoom and Livestream to the UCR Concert Band Facebook page @UCRConcertBand
Free and open to the public

With the unprecedented crisis of COVID-19, the impact on our states of mind has been extraordinary, especially for mental health. The struggle with social and cultural dislocation, anxiety, depression, loss and other stressors has shown the profound need for connection and belonging. Through the arts, we can find strength, healing and meaning, especially during a crisis. We invite you to join the UCR Concert Band, in collaboration with UCR’s Experimental Acoustics Research Studio and Digital Audio and Sound students, for an inspirational and powerful multimedia production that celebrates the resilience and joy of the human spirit.
Enjoy a post-concert talk and Q & A.

Biographies
Born and raised in Buffalo, New York, Rossano Galante (b. 1967) received his Bachelor of Arts degree in trumpet performance from SUNY at Buffalo in 1992. That same year he was one of nineteen people across the country to be accepted to the Film Scoring Program at the University of Southern California. He studied with the late Jerry Goldsmith, winner of an Academy Award for his score to The Omen. In 1999 he moved to California to pursue a career in film composition and orchestration.

Among Mr. Galante’s film credits, he composed additional music for Scary Movie 3 and the full score for the film, Channels. He also served as orchestrator for the films: The Invisible; Pulse; Elephant Tales; Red Eye; The Breed; The Tuxedo; Saved!; Big Fat Liar; Tuesdays With Morrie; Walking Across Egypt; The Wedding Party and Interstate 60.

In January 2020, Lauren was appointed Director of the University of California, Riverside Concert Band. Previously, she served as Artistic & Ensembles Director of Young Musicians Foundation, Assistant/Cover Conductor of Opera San Luis Obispo, Assistant Director of the Yevshan Ukrainian Vocal Ensemble (Hartford, Connecticut), Guest Conductor of the Westlake Village Symphony (Westlake Village) and Guest Conductor of the San Luis Obispo Wind Orchestra. For the 2019-2020 season, Lauren was awarded Conducting Fellow with the Allentown Symphony Orchestra (Allentown, Pennsylvania). Her multifaceted work has provided her opportunity to appear in concerts and music festivals throughout North America and Europe.

Lauren holds a Master of Music degree from The Hartt School (West Hartford, Connecticut), graduating as a member of the Pi Kappa Lambda National Music Honor Society, and a Bachelor of Arts in Music from California Polytechnic State University, San Luis Obispo. In addition to her conducting engagements, Lauren serves on the Board of Directors of Chamber Music Palisades and is a member of the Development Committee for the American International Paderewski Piano Competition.