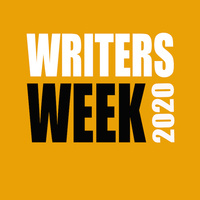 Jonathan Friedman is a fellow of the UC National Center for Free Speech and Civic Engagement and the project director for campus free speech at PEN America. He oversees PEN America’s advocacy, analysis, and outreach in the national debate around free speech and inclusion at colleges and universities. Prior to joining PEN America, Friedman was an adjunct professor at New York University and Columbia University, teaching undergraduate and graduate courses in comparative and international education, higher education, and social theory. Friedman holds a Ph.D. in International Education from New York University, and has received awards for his teaching, research, and leadership.

Rachel Howzell Hall is the author, most recently, of They All Fall Down. She is best known for her critically acclaimed Detective Elouise Norton series—Land of Shadows, Skies of Ash, City of Saviors, and Trail of Echoes. She is also the author of A Quiet Storm, The View from Here and No One Knows You’re Here. Currently, she serves on the Board of Directors for the Mystery Writers of America, and has participated as a mentor in the Association of Writers & Writing Programs’ Writer-to-Writer program. Rachel lives with her husband and daughter in Los Angeles. .

Wendy C. Ortiz is the author of Excavation: A Memoir, Hollywood Notebook, and the dreamoir Bruja. In 2016 Bustle named her one of “9 Women Writers Who Are Breaking New Nonfiction Territory.” Her work has been featured in the Los Angeles Times, The Rumpus, the Los Angeles Review of Books, and the National Book Critics Circle Small Press Spotlight blog. Her writing has appeared in The New York Times, Joyland, Story Quarterly, FENCE, and McSweeney’s, among many other places. Wendy is a psychotherapist in private practice in Los Angeles.

Sergio Troncoso is author of A Peculiar Kind of Immigrant’s Son, a collection of linked short stories on immigration which Junot Díaz called “a masterwork.” Troncoso also wrote From This Wicked Patch of Dust, which Kirkus Reviews named one of the best books of 2012 in a starred review. The novel also won the Southwest Book Award. Troncoso wrote Crossing Borders: Personal Essays, winner of the Bronze Award for Essays from Foreword Reviews. He is also the author of The Nature of Truth, hailed by the Chicago Tribune as “impressively lucid.” Publishers Weekly called his first book, The Last Tortilla and Other Stories, “Richly satisfying.” He is currently vice president of the Texas Institute of Letters. He has served as a judge for the PEN/Faulkner Award for Fiction and the New Letters Prize for Essays. His work has recently appeared in New Letters, The Yale Review, Michigan Quarterly Review, and Texas Monthly. Visit his website at SergioTroncoso.com.