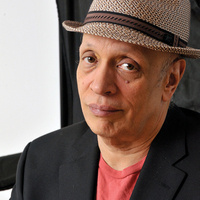 43rd Annual Writers Week Conference 2020
Tom Lutz, Writers Week director
Writers Week is the longest-running, free literary event in California and features the most renowned authors of our day alongside those at the start of promising careers.  Learn more

Walter Mosley is one of the most versatile and admired writers in America. He is the author of more than 50 critically-acclaimed books including the just released Elements of Fiction, a nonfiction book about the art of writing fiction; the Down the River and Unto the Sea (which won an Edgar Award for “Best Novel”) and the bestselling mystery series featuring “Easy Rawlins.” His work has been translated into 25 languages and includes literary fiction, science fiction, political monographs, and a young adult novel. His short fiction has been widely published, and his nonfiction has appeared in The New York Times and The Nation, among other publications. He is also a writer and an executive producer on the John Singleton FX show, Snowfall.

In 2013 he was inducted into the New York State Writers Hall of Fame, and he is the winner of numerous awards, including an O. Henry Award, The Mystery Writers of America’s Grand Master Award, a Grammy®, and PEN America’s Lifetime Achievement Award.

Steph Cha is the author of Your House Will Pay and the Juniper Song crime trilogy. She’s an editor and critic whose work has appeared in the Los Angeles Times, USA Today, and the Los Angeles Review of Books, where she is the noir editor. A native of the San Fernando Valley, she lives in Los Angeles with her husband and two basset hounds.