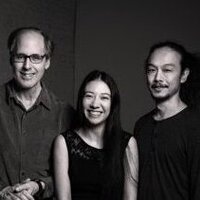 Composer Jeff Beal will work directly with UCR composers in a special master class, which will include detailed discussions on instrumental writing, aesthetics, and working with visual media. Beal will share insights about the music for Frantic Beauty, a dance-theater performance created in collaboration with the New York-based artist duo Ximena Garnica and Shige Moriya featuring their LEIMAY Ensemble.

Frantic Beauty will have two performances of February 20th and 21st at 7:30 pm in the Performance Lab, ARTS 166. Performances are open to the public. For more details and to purchase tickets please visit Frantic Beauty.

Ximena Garnica and Shige Moriya with the LEIMAY Ensemble are in residence in the UCR Department of Dance, January through March 2019.

There will be multiple opportunities to engage through embodied dialogue with the artists while they are in residency. Click here for a full listing of activities open to the UCR campus.