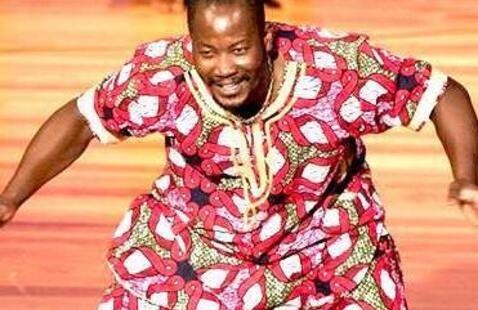 Towards Antiracist Futures of Dance in the Post-Pandemic Academy

Recently, dance organizations and institutions across the country have pronounced themselves in different forms against historical social and racial injustice. They have drafted values intended to prompt commitments to fighting against systemic racism and social marginalization. The colloquium and the Schlundt Lecture are motivated by the premise that in order to implement structural changes there must be a radical change on how we have learned to think, be, feel, care, do, and make in the world and in relation to one another. Presenters will be sharing their radical imagination as we keep the fire burning and the momentum going toward envisioning and building a more equitable and antiracist (dance) world.

Register in advance for this series (one link for all presentations):
https://ucr.zoom.us/meeting/register/tJMrd-uvqDMqHNT24cUrjoAOV6jJ4lSGa9pq
After registering, you will receive a confirmation email with information about joining the presentation.

In this talk I will offer some reflections on three interrelated areas. First, I will share some thoughts on my current work in-progress under the title “Unsung,” developed in collaboration with music and dance artists from Ouagadougou, Burkina Faso, Switzerland and the United States. The piece is a choreographic response to different forms of marginalization that the Black body experiences under neocolonialism in some African countries and systemic racism in the United States. I will then reflect on my own experiences with coalitions and frictions that sometimes form between Black African bodies and African Americans. Finally, I will relate some of these ideas to the Eurocentrism of dance curriculums in academia. I will conclude by offering specific steps I am taking to remedy some of these inequities.

Wilfried Souly is a choreographer, dancer, drummer and Taekwondo expert, originally from Burkina Faso in West Africa. He was trained in African traditional and contemporary dances since his youngest age in the acclaimed company “The Bourgeon du Burkina.” In September 2000, he co-founded “Compagnie Tâ” with two other choreographers and co-choreographed many dance pieces presented around the world, including one work that was selected as a finalist at the fifth Choreographic Encounters of Africa and Indian Ocean in Madagascar. The piece was then presented at the Great Barbican Center in London for a full week event. Compagnie Tâ also collaborated with an association of visual artists on Genies de la Bastille, Paris. Willy himself has collaborated with international choreographers and performed in works such as Space i Tiempo, choreographed by Robert Battle (USA) and Gerardo Delgado (Mexico) in Tampico, Mexico; and Dole Danle, with the French Hip-Hop Company E.Go, directed by Eric Mezzino and Gilles Schamber. In 2007, Willy moved to Los Angeles and joined Baker & Tarpaga Dance Project as an Associate Director, where he co-choreographed and performed Arbre D’Adaptation (2007), which won the Best Choreography award at “Emerging Above Ground 07”; Sira Kan (2008), presented at the NOW Festival 08; and “Dar Es Salaam” (2009). Willy has collaborated with many local artists and companies, including Maria Gillespie (Exquisite Corps 2010), Victoria Marks (Smallest Gesture/Grandest frame; Medium big inefficient considerably imbalanced dance; Solar Duplex & Watch This), Heidi Duckler Dance Theatre Company (Governing Bodies; Expulsion; Governing Bodies Ventura; Cleopatra; Catch your Breath) and Viver Brasil Dance Company (Xire 2008). He choreographed and produced the dance film Bayiiri (Home Town) in 2011. In 2014, his solo “Saana/The foreigner” is premiered at the Redcat NOW Festival and the Ethna Negria Celebration at Teatro Balboa in Panama City May 2015. “Unarmed”, a piece about social injustice, was presented at the Barnsdall Theater, at “For Our Boys” first edition. In August 2016 he created On Becoming, a quest for identity at 12th edition of NOW Festival. On October of the same year, his last two works Tekre (Evolution) and Maam /Me were presented at the third Edition of the festival Africa in America at the Barnsdall Gallery Theatre. Willy is an adjunct professor at the UCLA World Art & Culture/Dance Department since 2009 and has been guest choreographer at colleges including Santa Monica College, Los Angeles Valley College, Chadwick school… He teaches community West African Dance classes at Your Neighborhood Studio in Culver City, and has been an Arts Educator for the Fullerton School District since 2009. Willy is currently an MFA candidate at the UCLA World Arts & Cultures/Dance department. Learn more about his work on his website: www.wilfriedsouly.com

This series is supported by the College of Humanities, Arts, and Social Sciences Dean’s Office Visiting Artist Fund

As we strive to constantly renew our commitments to social and racial justice as a department, we acknowledge and recognize our responsibility to the original and current caretakers of the land where UC Riverside is located:  The Cahuilla, Tongva, Luiseño, and Serrano peoples (see full land acknowledgement). The life of our department and the upkeep of our facilities are maintained by the labor of so many people we are grateful for. Special thanks to Kathleen DeAtley, Program Promotions Manager, and Lily Chan Szeto, Event Specialist, for contributing their expertise to the production of this Colloquium and Schlundt lecture.

Enjoyed the insight and dialogue!