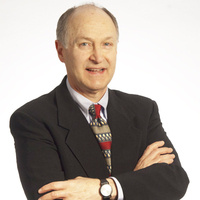 Composer Max Lifchitz will discuss how his musical style has evolved since he began composing back in the 1960’s. The Mexican-born musician will share audio recordings and copies of older and recent vocal and instrumental scores, including the B-A-C-H Fantasy, Villancicos Rebeldes, Confrontacion, and Brightness Aloft.

Please register in advance for this event: https://ucr.zoom.us/meeting/register/tJYqdOyrqj8pGdUKEjEDL238rJnrAm1Dipef

After registering, you will receive a confirmation email with information about joining the concert.

Max Lifchitz began studying music in his native Mexico City under the tutelage of the Spanish composer Rodolfo Halffter. In 1966 he received a scholarship to continue his training with Luciano Berio at The Juilliard School. He has held teaching positions at Columbia University and The New School in New York City, as well as at the University at Albany in upstate New York. He served as the 2006 Elena Díaz-Verson Amos Eminent Scholar in Latin American Studies at Columbus State University’s Center for International Education in Columbus, Georgia.

As a pianist, Lifchitz was awarded the first prize in the 1976 Gaudeamus Competition for Performers of Contemporary Music held in Holland. His concert appearances throughout Latin America have been underwritten by the Fund for US Artists at International Festivals.

His activities as composer and performer have been funded by grants from the ASCAP, BMI, Ford, and Guggenheim Foundations; the Aaron Copland Fund; the Virgil Thomson Foundation; the University of Michigan Society of Fellows; the Zethus Fund; the NYS Council on the Arts; and the National Endowment for the Arts--among other organizations.

Lifchitz is the founding director of North/South Consonance, Inc., a non-profit organization active since 1980 devoted to the performance and recording of music by composers from the Americas and the world. This organization sponsors an annual concert series in New York City featuring new chamber orchestra music by composers representing a wide variety of aesthetic points of view. In addition, it has issued over sixty highly acclaimed compact discs on the North/South Recordings label distributed by NAXOS International.