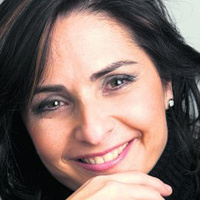 Lecture and performance by Ana Benavides
Spanish Roots: Piano Music in Spain and Its Connection to Folklore

What connects Spanish piano music to Spanish folklore?  This talk digs into the successful relationship between the piano and many different kinds of regional folklore in Spain.  Indeed, one cannot truly understand a Spanish piano score without knowing its folkloric roots. For instance, one cannot play or even fully appreciate a jota by Isaac Albéniz (1860-1909) without recognizing the original song and dance on which it is modeled. Nineteenth-century Spanish composers were very familiar with the various styles of traditional songs and dances that Spain offered, and drawing on this heritage for inspiration was for them the most natural and logical way to write music.

8:00 P.M. Concert
Performance Lab, ARTS 166
The program features two of Spain's leading virtuosos presenting a colorful potpourri of Spanish classics for the piano as well as stirring masterpieces for clarinet and piano.
You won't want to miss this concert!

Free and open to the public.
Though admission is free, a ticket is required. At 7:00 pm, one ticket per person will be distributed at the venue. Seating is limited and on a first-come, first-served basis.

Pedro Rubio. Clarinet
Pedro Rubio has a Clarinet Performing Diploma from the Royal College of Music in London and the Bass Clarinet Diploma from the Rotterdam Conservatory. Since 1991 he has been performing with pianist Ana Benavides. As a duo, they have received prizes in many international music competitions and have participated in festivals such as the 30th Clarinet Symposium, Oklahoma; 1st World Bass Clarinet Convention, Rotterdam; ClarinetFest 2006, Atlanta; 3rd and 4th National Clarinet Congress, Madrid; ClarinetFest 2010, Austin; ClarinetFest 2011, Los Angeles; ClarinetFest 2014, Baton Rouge; and ClarinetFest 2015, Madrid. To date, they have recorded seven CDs: Duo Rubens; Pérez Casas, his Work for Clarinet; The Spanish Romantic Clarinet vol. I, II and III; Spanish Clarinet Pieces from the First Half of the 20th Century and Salón Romero, works by and for Antonio Romero. Pedro Rubio is currently professor at the Turina Conservatory and at the Real Conservatorio Superior de Música de Madrid. Since 2007, he has collaborated with Bassus Ediciones with the main objective of recovering Spanish repertoire of the 19th century.
Further information: www.bassusediciones.com

Ana Benavides. Piano
Ana Benavides studied at the Conservatories in Málaga, Granada, Madrid, and Vienna. She was awarded the Diploma for Piano Performance from the Royal College of Music in London and Master’s Degree in Spanish Music in Barcelona under the supervision of Alicia de Larrocha. In 2006, she graduated in Arts and later received her doctorate with honours (Premio Extraordinario de Doctorado en Humanidades) fromthe Universidad Carlos III (Madrid). Recordings: Piano Español; Piano inédito español del siglo XIX – vol. I, II, III, IV and V; Eduardo Ocón, obra completa para piano. Publications: Rare Spanish Music for Piano of the 19th Century – 2 volumes. This received an award for the Best Edition of Classical Music from the Spanish Music Academy Awards. She is also the author of the book The Piano in Spain. Currently, she is professor at the Universidad Carlos III and Distinguished Professor at the Real Conservatorio Superior de Música de Madrid (Spain).
Further information: www.anabenavides.com

Walter Aaron Clark, CILAM director and organizer of this year’s Encuentro, earned a Ph.D. in musicology from UCLA, where he wrote his dissertation under the direction of the late Robert M. Stevenson. He is the author and editor of numerous books on Spanish and Latin American Music, including Oxford biographies of composers Isaac Albéniz, Enrique Granados, and Federico Moreno Torroba. He was the founding editor of the Oxford series Currents in Latin American and Iberian Music (2005-2016), and he is now editor-in-chief of the UC refereed online journal Diagonal:  An Ibero-American Music Review.  His book on the Romero family of guitarists recently appeared from University of Illinois Press, and he is currently working on two books about Joaquein Rodrigo, for Norton and Rouledge.  In 2016, King Felipe VI of Spain awarded him the title Knight Commander of the Order of Isabel the Catholic.

This event is sponsored by the Spanish Ministry of Education and Professional Development and by the Consulate General of Spain in Los Angeles.  We are deeply grateful for  their ongoing support of our concerts and lectures devoted to Spanish arts and culture.

The Angelita Romero Distinguished Lecture Series on Spanish Music and Culture is named after the matriarch of the celebrated Romero family of guitarists, who arrived in the US from Spain in 1957 and quickly established themselves as an exciting and innovative presence in the world of classical music. Angelita Romero (1910-1999) was a gifted maestra of the castanets and devotee not only of Spanish music but also art and literature.  This series honors her memory by featuring speakers whose research examines the long and rich heritage of Spanish music within its socio-cultural and historical context.