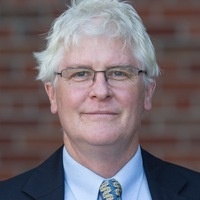 UCR Music Lecture by Geoffrey Clark: "The Lactation of St. Bernard and Iconography in Renaissance Portraiture"

St. Bernard of Clairvaux was one of the most celebrated spiritual figures in medieval Europe and the subject of several legends, one of which had to do with an apparition of Virgin Mary offering her breast for him to suckle. From the late 13th century this strange story, known as the Lactation of St. Bernard, became an increasingly popular pictorial motif in certain areas of Europe. My talk will trace the evolution of this motif in late medieval art and decode its iconographic elements. It will then show how this motif was incorporated into Renaissance paintings, offering a new way of reading certain famous portraits.

Geoffrey Clark is Professor of History and Director of the National Endowment for the Humanities Faculty Development Program at the State University of New York at Potsdam. A graduate of Wesleyan University (BA) and Princeton University (MA, PhD), his research focuses on the intersection of cultural and economic history in early modern Europe. He is the author of Betting on Lives: Life Insurance in English Society and Culture 1695-1775 (1999), a pioneering study of early life insurance, and co-editor of The Appeal of Insurance (2010). He has also published on marine insurance as a means of warfare and on the political and legal implications of insuring slaves in the 18th century. He has a lively interest in the history of art besides.