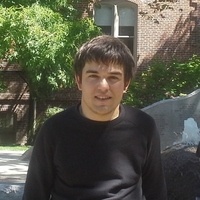 The Basque sheepherder in the American West had been the object of a somehow romantic adulation. Between the late nineteenth and late twentieth centuries, many Basque immigrants migrated to the United States to work in the western sheep industry. Basques brought with them their values, institutions, and traditions, including their folk music. Perhaps because of their lonely and hard life on the range, Basque sheep laborers had cherished a sense of fun. Oftentimes, these workers turned their tedious work of tending sheep into musical actions. Moreover, making and enjoying music became an integral part of the Basque-American community. This lecture explores the music that came to define the Basque immigrant community and its sheepherder culture in the West.

Iker Saitua is a Basque Government Postdoctoral Fellow in History at UCR. Saitua received his PhD from University of Nevada, Reno in 2016, with a dissertation on the Basque immigrant labor in the sheep industry of the Great Basin. Thereafter, he presented his dissertation at the University of the Basque Country (UPV/EHU), getting a second Ph.D. that received summa cum laude honors in History. Before joining UCR, Saitua taught at UPV/EHU. His work has focused largely on the intersections between agricultural labor, natural resources, and livestock raising in the American West. Saitua’s first book, Basque Immigrants and Nevada’s Sheep Industry: Geopolitics and the Making of an Agricultural Workforce, 1880-1954 (University of Nevada Press, 2019), offers a critical examination of the history of Basque sheepherders in the West. On the other hand, he works on another intellectual project that explores the historic and didactic value of cartoons and comic books developed during the Spanish Civil War. Also, he engages these images for studying the didactic value of graphic novels for teaching history and social sciences.