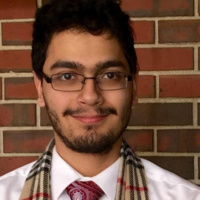 Since its development in 1986, terror management theory has yielded hundreds of empirical studies supporting the notion that “death affects us without our conscious realization” (Burke et al. 2010, 187). In support of the theory’s central claim that humans respond to existential terror by developing and maintaining symbolic worldviews that offer immortality and meaning, one such study found that individuals who were asked to think about their own deaths demonstrated greater reluctance to use their cherished cultural symbols inappropriately for creative tasks (Greenberg et al. 1995). Although symbols are rarely the central focus of terror management studies, the human need to appropriately maintain the cultural symbols that reify their death-denying worldviews has been recognized by scholars from the theory’s inception (Greenberg et al. 1986, 199).

Using terror management theory as an interpretive lens, I suggest that cultural groups place greater value on musical symbols that are essential for espousing the death-denying tenets of their associated worldview, whether it be through a musical style’s potential to reify death-transcending realities, or its power to fortify death-denying beliefs. Through this, I offer a response to ethnomusicologists Alan Merriam and Bruno Nettl’s suggestion that religious musics are less susceptible to change, arguing that this reduced rate of stylistic change reveals communal efforts to appropriately maintain musical styles that are essential for mitigating death anxiety. As a case study, I explore why the villagers of San Pedro Xicoras, Mexico continue to strictly maintain their indigenous xuravét circle dance, which is believed to unite the living with their deceased ancestors; whereas attitudes toward the local danza—also a sacred ritual and a variant of the widespread matachines dance—are more relaxed. Finally, I consider potential applications of terror management theory to music studies on a broader scale, referring in part to local attitudes toward popular musics in the San Pedro area. These findings are informed by my fieldwork with villagers in this region during the summers of 2016 and 2017.

Salvador Hernandez is a second-year PhD student in ethnomusicology at the University of North Texas, where he also serves as a teaching assistant for ethnomusicology and music theory courses. His research interests include sustainable ethnomusicology, Peircean semiotics, and terror management theory; with much of his research focusing on music-making as a response to death anxiety, sonic reifications of cultural worldviews, and the sustainability of musical meanings. Hernandez has previously conducted field research with indigenous groups in the Gran Nayar region of Mexico, and he is currently working toward understanding how indigenous cosmologies and rituals are threatened by the global climate crisis. He has presented at conferences throughout North America, and his research has recently been published in the first edition of La Investigación Musical en las Regiones de Mexico, edited by Professor Luis Diaz Santana-Garza of the Autonomous University of Zacatecas. He previously served as a teaching assistant under Dr. Larry Crook at the University of Florida (M.M. Ethnomusicology), and studied music education under Dr. Michael Zelenak while at Alabama State University.