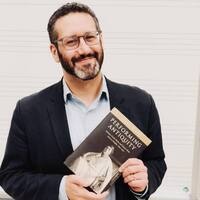 “Extreme early music,” a term adopted by some performers, describes the reconstruction, creation and/or performance of music from before the emergence of the first music notations in Western Europe (ca. 800 CE). This project argues that the methods and models of these practitioners are not only useful for the reimagining and performance of ancient music, but invite us to re-approach our understanding of historical informed performance (HIP), concepts of authenticity, and early music more generally. Combining methods and approaches from classics, philology, musicology, ethnomusicology, experimental history and living history projects these musicians and researchers have approached the problems of musical reconstruction and musical authenticity anew. Understanding their work, their process and the philosophies and politics behind this work will have paradigm-shifting implications for musicology and musicians involved in the HIP movement. The talk will discuss the larger project and explore a specific example of extreme early music: the composition of new “ancient Mesopotamian” music using 4500-year-old harps and the 4000-year-old text of the Epic of Gilgamesh.

Samuel N. Dorf is an Associate Professor at the University of Dayton. His book, Performing Antiquity: Ancient Greek Music and Dance from Paris to Delphi, 1870-1930 (Oxford University Press, 2018) examines collaborations between French and American scholars of Greek antiquity and the performing artists who brought their research to life at the birth of Modernism. Drawing from methods and theory from musicology, dance studies, performance studies, queer studies, archaeology, classics and art history the book shows how new scholarly methods and technologies altered the performance, and, ultimately, the reception of music and dance of the past. His new project blends ethnomusicological with historical musicological methods to examine the performance, reception, pedagogy, and politics of music from western antiquity today.