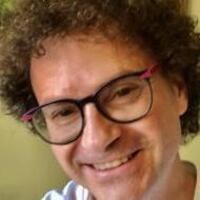 Don Giovanni the Cannibal and other Tyrants
Presentation by Pierpaolo Polzonetti, Jan and Beta Popper Professor of Music, UC Davis

Mozart’s Don Giovanni has an inescapable but ambiguous political message. About “Viva la libertà,” Charles
Rosen writes, “in 1787, during the ferment that followed the American Revolution and preceded the French, the audience could hardly have failed to read a subversive meaning into a passage that may look fairly innocuous in the libretto.” Robbins Landon sees this passage as Mozart’s “personal tribute to Joseph II,” while Nicholas Till presents Don Giovanni as the “embodiment of the bourgeois individualist’s quest for liberty.” This paper takes a different angle: it shows how gastronomic signifiers disclose political meaning unambiguously. In “Deh vieni alla finestra,” Don Giovanni praises the mouth of a servant girl as “sweeter than honey” and craves the “sugar in her heart.” Similarly, he praises the farm-girl Zerlina for her “sugar-sprinkled face” and compares her fingers to creamy cheese. A 1766 recipe book of French-inspired cuisine recommends pairing creamy cheese with sugar. Don Giovanni proves himself a refined eater but also, symbolically, a barbaric cannibal. The only women he compares to food are at the bottom of the social food chain. In so doing, the opera denounces social injustice as barbaric. As a predator he offers food as baits: “chocolate, coffee, wines, hams” to farmers, and “coffee, chocolate, sorbetti, and confetti” when including high-class guests. It is in this context that we hear “Viva la libertà,” which refers to liberality with food, as the rhyme “libertà - generosità” suggests. His liberality is a feudal offering of food in exchange of personal liberty, now exoticized as a hunting strategy to prey on human flesh. In the last banquet, his servant Leporello steals pheasant, a food denoting nobility at the time when aristocrats retained the privilege of hunting. Leporello takes it and eats it as revolutionary expropriation, as he does with the opera excerpts played by the on-stage musicians for his master’s meal. In the autograph Mozart inserts the lines through which the servant recognizes the excerpts, passing in so doing the music-appreciation quiz that grants him the right to consume both opera and good food.

Pierpaolo Polzonetti specializes in opera and eighteenth-century music and culture. His research work has been funded by the Earhart Foundation, the American Council for Learned Societies, and the National Endowment for the Humanities. His book, Italian Opera in the Age of the American Revolution  (Cambridge University Press, 2011), is a study of representations of America in eighteenth-century comic opera, showing how new ideas coming from Revolutionary America inspired leading composers of the time, including Piccinni, Paisiello, Haydn, and Mozart, to introduce far-reaching innovations in the musical and dramatic fabric of Italian opera. The book received the Lockwood Book Award, conferred by the American Musicological Society. His article “Mesmerizing Adultery: Così fan tutte and the Kornman Scandal” (Cambridge Opera Journal) tracked down the real-life scandal involving a banker, his wife, and her lover that inspired Mozart’s opera, and discusses the implications of this previously unknown source for the opera plot, in terms of representations of medicalization of sexuality as a way to exert a new technology of power engineered by the emerging bourgeoisie. The article won the 2004 Einstein Award, conferred by the American Musicological Society.

Polzonetti’s research on opera started in 1999, when he published the first essay on “gastromusicology”: the study of representations of food in opera and its meaning (“Feasting and Fasting in Verdi’s Operas,” Studi Verdiani). He is still presently working on this topic, having almost completed a book manuscript titled Opera & Food.

His other long-term research work is on eighteenth-century composer, theorist, proto-ethnomusicologist, and virtuoso violinist Giuseppe Tartini. His article “Tartini and the Tongue of Saint Anthony” (Journal of the American Musicological Society) won the 2015 Slim Award, and his first book on this topic, Tartini e la musica secondo natura (LIM, 2001), received the Latina International Prize in Music Studies.

He is presently collaborating on a project for the publication of the critical edition of Tartini’s works led by the Università di Padova. Polzonetti’s other research interest is in music education and music pedagogy, especially directed toward marginalized and imprisoned student populations. His article “Don Giovanni Goes to Prison: Teaching Opera Behind Bars” appeared in Musica docta.