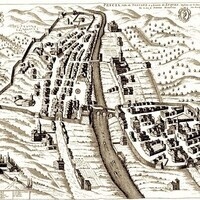 The gargarismi of Lazzaro Paoli: Singing, Pharmacology, and Castration in Eighteenth-Century Tuscany

April 15, 2020
Wednesday, 12:00-12:50 P.M.
• Zoom
Please register in advance for this meeting:
https://ucr.zoom.us/meeting/register/vpEqcOutpz0rHIbn0qXkoX3ymARwz6j__g
After registering, you will receive a confirmation email containing information about joining the meeting.

When Pier Francesco Tosi (in 1723) and Friedrich Melchior von Grimm (in 1753) wished to satirize excessive vocal display, they both likened it onomatopoetically to gargling. But since ancient times, gargling has also been advocated seriously as a remedy for vocal problems suffered by orators and singers alike. In this paper I explore this practice through medical, pharmacological, and other sorts of treatises, and also through an episode in 18th-century Tuscany in which music, pharmacology, and castration intersect. An account book kept by the apothecary of the hospital in Pescia during the year 1733/4 shows the thirteen-year-old castrato Lazzaro Paoli being prescribed concoctions “p[er] Gargarismo” (for gargling) on three occasions. That these preparations (each slightly different) were meant to aid his singing is suggested by the fact that the spedalingo (hospital administrator) signing off on payment for them, Bartolomeo Nucci (1695-1779), was also Paoli’s singing teacher.

Nucci’s ready access to medical knowledge and personnel, over the four decades of his tenure as spedalingo, and the fact that in 1766 he was accused of attempting to persuade parents to have their sons castrated for musical purposes, raise the suspicion that he had had something to do also with Paoli’s castration.  Whether or not that was the case, his connection to his young student’s gargling prescriptions is in keeping with the widely reported tendency of singing masters of castrati to be much concerned with their students’ health, as well as with their training. Contemporary descriptions of the properties of the ingredients used in Paoli’s gargling solutions, and of their therapeutic application, afford some notion of their intended effect on his vocal apparatus. We gain a good idea of Paoli’s voice itself from six arias he sang in 1742 in two Roman operas, which he presented to his teacher (in the actual partbooks from which he had learned his roles) for inclusion in a manuscript anthology of arias (a volume among the Nucci materials now at the University of California, Berkeley). The gift of these manuscripts suggests that Paoli remained on good terms with his teacher even into adulthood.

Bruce Alan Brown (PhD 1986, University of California, Berkeley) is Professor of Musicology at the University of Southern California. His publications include Gluck and the French Theatre in Vienna (1991), W. A. Mozart: Così fan tutte (1995), The Grotesque Dancer on the Eighteenth-Century Stage (ed., with Rebecca Harris-Warrick; 2005), and critical editions for the Gluck-Gesamtausgabe. From 2005 to 2007 he was Editor-in-Chief of the Journal of the American Musicological Society. He is currently President of the Mozart Society of America.

Research for this talk was supported by the USC program Advancing Scholarship in the Humanities and the Social Sciences (ASHSS).