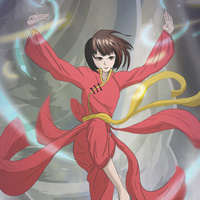 Based on the storybook written by Professor Setsu Shigematsu and the Guardian Princess Alliance, this coming-of-age story features Princess Ten Ten, a gender-nonconforming princess, the mythical land of Fusan, and an environmental crisis that will take all her courage and skill to battle.

Music is by composer and actress Jacqueline Emerson (“Hunger Games”) arranged by Lee Huff and spectacularly set for full orchestra by Tim Labor and Christiaan Clark.

Free and open to the public.
Though admission is free, a ticket is required. At 2:00 pm, one ticket per person will be distributed at the venue. Seating is limited and on a first-come, first-served basis.

Families are welcome to join us at 2:00 pm for children’s activities with the Guardian Princesses.

Please note: Children ages three and younger must be held on laps. Strollers and baby carriers will be kept in the lobby.