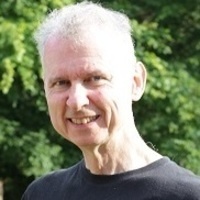 Brownian Geometry on the Sphere

The speaker will be available for an informal questions and answers session and discussion for half-an-hour following the lecture.

Bio: Professor Jean-Francois Le Gall is a distinguished French mathematician working in probability theory (including the theory of Brownian motion), random trees, the Brownian snake, stochastic processes and their connections with partial differential equations.He is a member of the French Academy of Sciences and was awarded the Davidson Prize (in 1986), the Fermat Prize (in 2005), as well as (in 2019) the Wolf Prize in Mathematics. He was awarded his Ph.D. in 1982 from the Université Pierre et Marie Curie (Paris VI) and is a Professor at the Université Paris-Sud Orsay, now part of the Université Paris-Saclay.