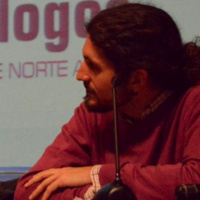 The relationship between rock and flamenco music during the 1960s and 70s, before the emergence of globalization processes and the consolidation of democracy in Spain, has often been imagined and narrated as a sort of history of idyllic encounters between different musical scenes, aesthetics, and tendencies. However, this lecture seeks to study the potentially conflictive nature of these encounters when popular music and flamenco interact with politics, national identity, tradition, and regional claims. This talk will analyze intertextuality and stylistic hybridization in recorded songs and discuss the contradictions and paradoxes in this re-appropriation of flamenco. After a historical overview of this binomial since its origins, we examine the case of so-called rock andaluz, one of the most iconic movements in popular music in Spain because of its “fusion” of progressive/symphonic rock and flamenco evocations during the 1970s. This phenomenon, which reached its peak in the context of the Spanish transition to democracy (1975-1982) with bands such as Triana, articulated the ideal of an authentic, differential “autochthonous rock” in Spain against, on the one hand, the international canon of prog-rock and, on the other hand, the flamenco of earlier political instrumentalizations made by Francoism. Special attention will be paid to the reception in Spain of international prog-rock bands during that period, from King Crimson to Carmen, an Anglo-American band originally formed in Los Angeles and promoted in the British music magazine Melody Maker as “The World’s First Flamenco Rock Band.”

Diego García-Peinazo is Lecturer in Music at the Universidad de Córdoba (Spain). He is a musicologist and music educator interested in areas such as popular-music analysis, intertextuality, rock flamenco, politics and national identity in Spain who holds his Ph.D. in Musicology (with distinction) in 2016 from the Universidad de Oviedo (Spain). His book Rock andaluz: Significación Musical, Identidades e Ideología en la España del tardofranquismo y la Transición (1969-1982) has been awarded the national Premio de Musicología 2016 (Sociedad Española de Musicología-SEdeM). He has published several journal articles and book chapters for publishers such as DeGruyter or Centro de Estudios Andaluces, among others, participated with oral presentations in conferences in the United Kingdom, Germany, Brazil, Portugal and Spain, and was selected to take part in the International Postgraduate Summer School Methods of Popular Music Analysis (Universität Osnabruck, Germany, 2015).

Free and Open to the Campus