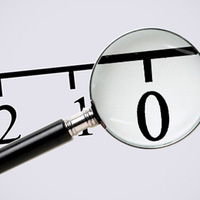 Abstract — Leibniz famously argues that there must be simple substances, since there are composite things, and a composite thing is nothing but a collection of simples. Recently, commentators have challenged Leibniz’s entitlement to a key premise of this argument, which I call Mereological Nihilism, namely the premise that composites are nothing but collections of simples. I argue that Leibniz has the resources to defend this premise, and further, that this commitment is a staple of his metaphysics from early to late. I argue that one way Leibniz can defend this premise is based on the connection (as he sees it) between simplicity and persistence: to persist over time is incompatible with having parts. Engaging this challenge to Leibniz’s argument, therefore, helps to display the deep connections between simplicity, unity, and persistence, connections that play important roles both within Leibniz’s metaphysics and more broadly.

Richard Arthur (McMaster University, Canada) and David Rabouin (University of Paris, France),  "Leibniz’s Syncategorematic Infinitesimals II: Their Existence, their Use and their Role in the Justification of the Differential Calculus”

Abstract — In this paper we endeavour to give an historically accurate presentation of how Leibniz understood his infinitesimals, and how he justified their use. No one contests that Leibniz categorized his infinitesimals as fictions, but what this means has long been a matter of dispute. It has been alleged that notwithstanding his earlier attempts to present them as non-existent, his efforts to defend the calculus against the criticisms of Rolle and others at the turn of the century involved a different interpretation of “fiction”, where in order to explain the fruitfulness of methods involving infinitesimals he became committed to their existence as non-Archimedean elements of the continuum. Against this, we show that by 1676 Leibniz had already developed an interpretation from which he never wavered, according to which infinitesimals, like infinite wholes, cannot be regarded as existing because their concepts entail contradictions, even though they may be used as if they exist under certain specified conditions—a conception he later characterized as “syncategorematic”. Thus the question of existence must be distinguished from questions concerning the use and justification of infinitesimals: one cannot infer their existence from the success of methods based on them. By a detailed analysis of Leibniz’s arguments in his De quadratura of 1675-6, we show that Leibniz had already presented there two strategies for presenting infinitesimalist methods, one in which one uses finite quantities that can be made as small as necessary in order for the error to be smaller than can be assigned, and thus zero; and another “direct” method in which the infinite and infinitely small are introduced by a fiction analogous to imaginary roots in algebra, and to points at infinity in projective geometry. We then show how in his mature papers the latter strategy, now articulated as based on the Law of Continuity, is presented (to critics of the calculus who do not accept Archimedean methods of justification) as being equally constitutive for the foundations of algebra and geometry, and also as being provably rigorous according to the accepted standards in keeping with the Archimedean axiom.